Sting's song suddenly fell into place: I too am a 'legal alien'.

In fact, I had to repeatedly state so by checking the box beside this new denomination of myself when filling in the never-ending number of forms and documents required to come to the U.S.

I won't lie, at first it felt weird to be classified as such. Then again, I can't remember the last time I felt such an outsider as I feel now. So I guess I really am an alien. Now that all my paperwork has been correctly submitted and processed, I am here legally. Thus: I am a legal alien.

The journey has been more arduous than I had anticipated. People blame fairytales for setting false expectations on love. I blame the whole film industry and media for portraying America as the model every nation should pursue. I was expecting some language particularities, but came to believe that things here worked smooth and flawlessly. These few months here have surely debunked my assumptions.

Banking system
When opening my account I was repeatedly made aware of the fact that my new account awarded me with 4 (exactly 4) checks! But I was to fret not, cause I was able to request more when needed. As I listened to the sales representative, my head was nodding politely, but my mind was having a hard time remembering the last time I had ever seen a check. I'm pretty sure it was at least 30 years ago.
In the country where the internet was invented, people still use checks daily.


Public Transport
I wondered why in a smallish city like this one, people still owned cars. The short answer is: unreliable public transport. Why is there even a bus schedule? One thing I'd say, though, all of the drivers I've encountered are super nice and helpful. So much that they seem to stop wherever it suits the person getting out. True story.

Home Appliances
The kitchen is the biggest room in every house. Some may argue this allows to accommodate family and social gatherings. I have come to the conclusion that it's rather to accommodate humongous home appliances. No matter how much food I store, my fridge always looks empty. I don't even bother using the dishwasher, the sum of all of my table, cooking and kitchenware fail to load it fully. Yet, I'm still to make sense of the fact that apartments come with no washing machines!

The list goes on and on: prices (I'm talking $9 for 4 kiwis!? $5 for a small coffee!? and I won't even mention what I pay for my poorly-proportioned-with-huge-kitchen apartment...), size of cars, online orders left outside apartment buildings...

And yet, there is no other placer I would rather be :) 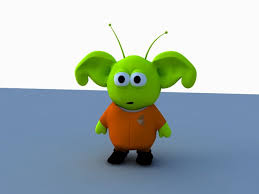